After an 18 hour flight, 4 days of running around San Diego picking up the last pieces of gear, a 2 hour bus drive and a 3 mile walk I finally made it to the southern terminus of the Pacific Crest Trail. I felt exhilarated because after a year of wondering if I would ever make it there, here I finally was facing North. I headed out confident that I would not leave this trail until I reached Canada. During the first 4 miles you couldn’t kick the smile of my face, my pace was good, my backpack was heavy but I didn’t seem to mind much and the sun was hot but the wind made it doable.

Little did I know there was a little surprise waiting for me around the next corner. You should know that I read everything you need to know about this trail and I knew that snakes could be an issue, that you should be careful not to step on one in the desert but I did not expect one of those little f***ers would be crossing my path on day 1! But I suppose faith had other plans for me. 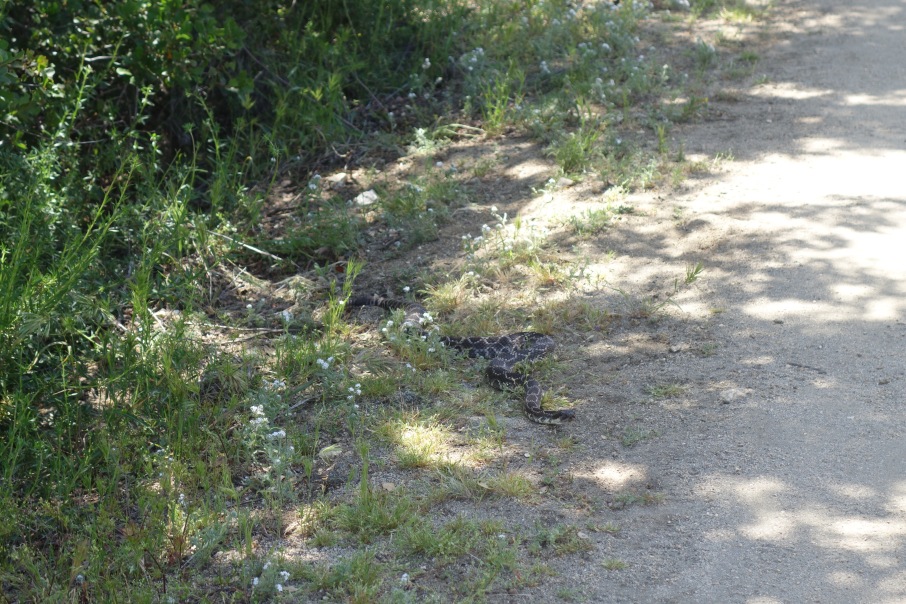 Look at that beast, he’s gigantic! No matter what I did, screaming, throwing rocks, backing off. He did not move. After what felt like 6 hours, I started thinking he was dead but I still didn’t feel like taking the risk. I climbed bushes as far from him as I could and after passing him I made a run for it. After that it felt like the trail decided to teach me a lesson because I started out a little too confident. The trail got narrow, endlessly uphill, every few steps I had to jump over rocks. My backpack was starting to bruise my entire body, so bad even that every time I put it back on after a break it felt like knives poking me everywhere.

At around Mile 8 I decided to call it a day. I think it was around 6 P.M. and the wind had gotten really bad. The only time I had pitched my tent was in my hotelroom and I have to say, trying to pitch it in heavy wind is really not the same. But by some miracle I finally got it up. I crawled inside feeling absolutely miserable. I was cold, hungry, exhausted and on the verge of calling my parents to come pick me up. With trembling hands I tried to figure out what I was going to prepare for dinner when I remembered something I read in Yogi’s book. Heat up mashed potatoes, put the lid on your pot and take it with you inside your sleeping bag. It was absolute heaven. I hugged that pot so tight and it started working its magic, my body was finally heating up. I dozed off after a while, waking up every few hours, but other than that I slept pretty good. And I must say, nothing beats waking up with a view like this: 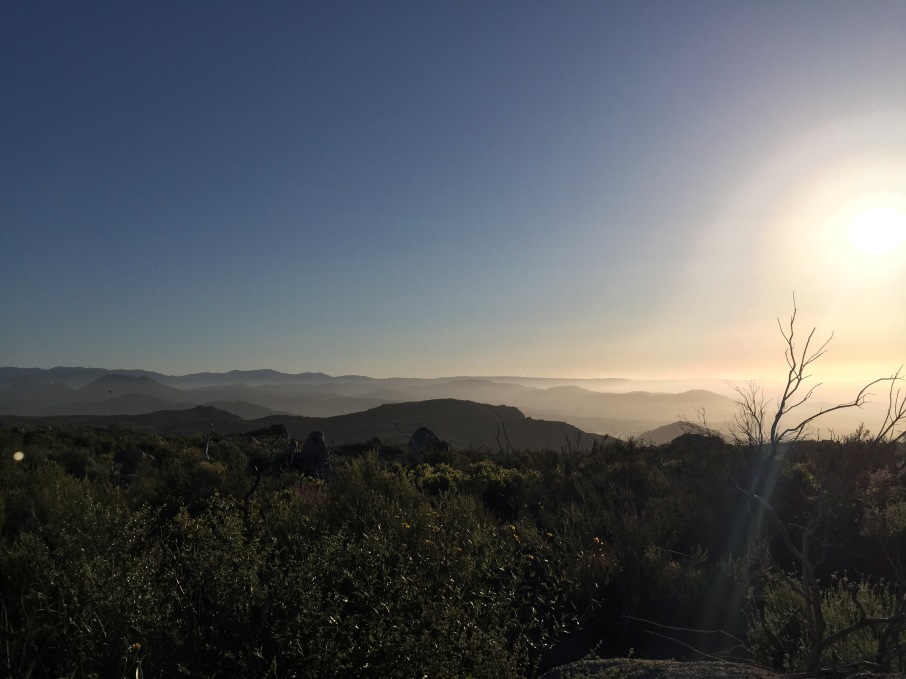 Let’s go find out what my second day has in store for me.