Hard to put a day like this into words but I will try anyway. So I hiked out pretty early and after a mile Pedro caught up to me. Turned out they camped at the exact same place but they couldn’t see my tent and I hadn’t seen or heard them either. We walked together until the hot springs where I stopped to get some water. It was indeed a popular place where people were not afraid to show some skin. 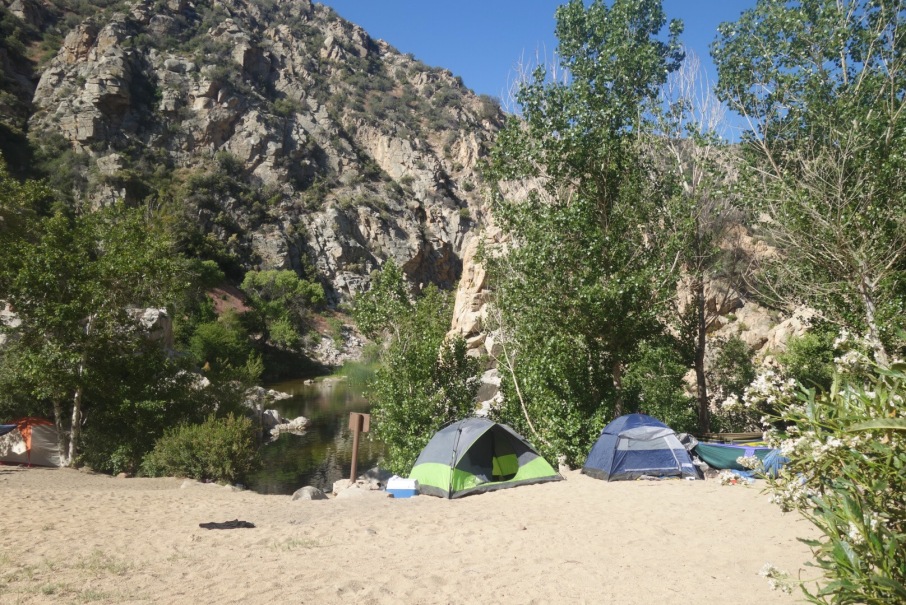 We waited for Carlos and hiked until mile 310 and rested again right after the rainbow bridge.

5 minutes later we saw Dan coming down the pct racing towards Mexico. We thought he forgot something but it turned out he was convinced he was walking in the right direction. I laughed for hours. I would cry if I took a break and accidentaly walked 2 miles back. No walking back on the pct, ever. He had a bad day to begin with because he got fined 180$ for camping at the hot springs. But anyway, we were all thrilled to see him again. We planned on hiking together for another three miles to reach a crossing over Deep Creek and would stop there to eat some lunch. While we were walking Pedro asked if he could pass me because he was in the zone. He blazed away and I lost him within minutes. Catching a glimpse of him ever so often. His energy stuck with me and I increased my pace as well. After having to take off our shoes for the crossing we cooked our lunch and stretched out on the small beach for a long time. 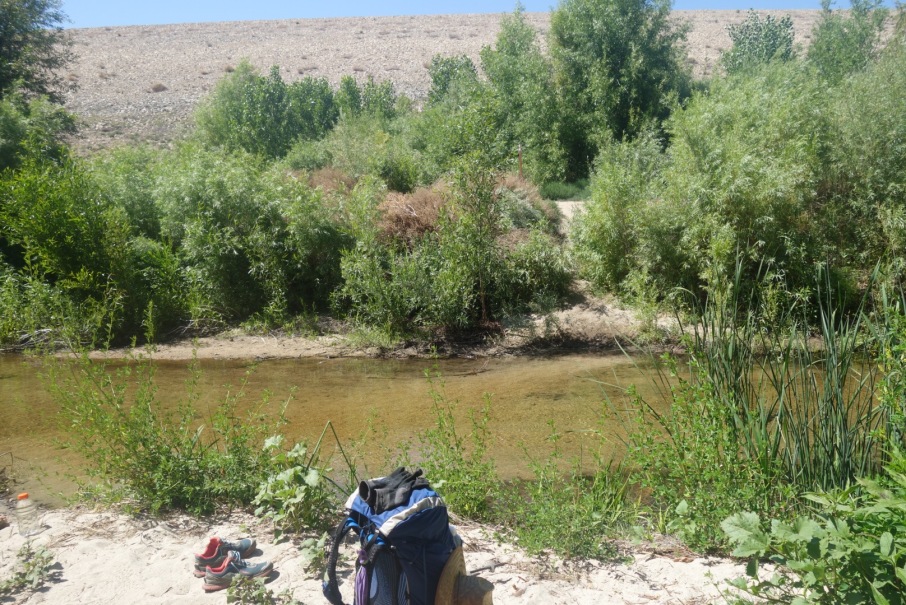 We got a text from Lipstick and Snapdragon that they would be coming back on the trail 4 miles ahead of us and that they would be bringing wine. Once again I got lured into a lazy day and really didn’t care. 1 PM and only 4 more miles to go. Dan and Carlos got ready earlier than me and Pedro and hiked out before us. We hiked out half an hour later, eager to reach the wine. About a mile in and after a lot of climbing and laughing we suddenly found Carlos again taking a rest in the shade. Little did we now of what was coming next. He started telling us that he came back down because his knee was hurting to much. We asked him if he wanted to camp here and wait until the morning to start the climb. He told us he didn’t and that he wanted to take the bus. Still not getting it we assumed he meant skipping this part and going to Wrightwood. It was not what he meant. He quit right then and there. His pacific crest trail journey had ended. We didn’t know what hit us. He handed Pedro his stove, gave us the rest of his trailmix and said his goodbyes. Tears started welling up in my eyes. Such a sweet and generous man this was. I also felt bad for Pedro because they had hiked over 200 miles together and he, just like me, had absolute no clue that he was close to quiting. I told Pedro to pick up his pack and keep moving because I needed to get out of their. We spent the next miles in disbelief of what just happened. For us the past few days had been the best on the trail yet. The terrain was gentle, the nature was beautiful, water everywhere and fun people surrounding us. He must have made a click in his mind that day but I just don’t know when or why. I was upset. Not exactly because he left, I thought he was so much fun but I came here on my own and I’m still hiking that way, it was more because I couldn’t figure out how all of a sudden you could decide to leave this all behind. It is such a gigantic decision to leave everything behind and change your whole lifestyle for 6 months. I couldn’t understand how you could throw that a way in a day. Stuck in my own head the 4 miles went by fast. We met up with Dan and waited for Lipstick and Snapdragon. Everyone was shocked by our news and sad that he didn’t express his feelings before. We followed Dan to a spurtrail that was supposed to lead us to the Mojave River Campground. It did not. Because it was so badly maintained we found ourselves on private property but suddenly saw the campground appear in the distance. We climbed the fence and walked over there. It was nice. Benches, electrical outlets, water. But the wind was very bad. Lipstick had the best idea. Sleeping in the bathroom. No wind, showers, toilets and a heater. The boys joined us in there for a night cap and we spent the night eating, drinking and laughing.

It was great. I don’t know how we’re going to find the trail again tomorrow but at least we are together. 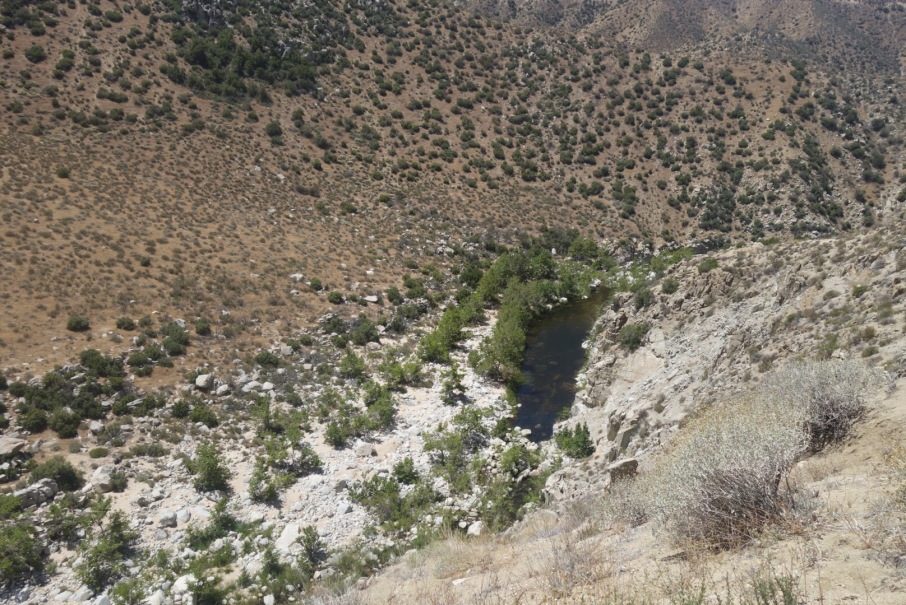 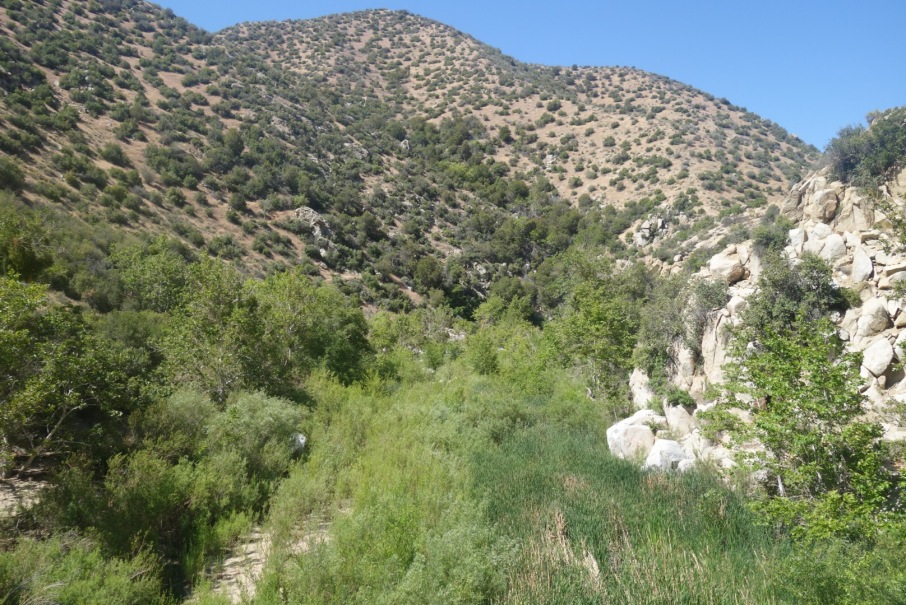 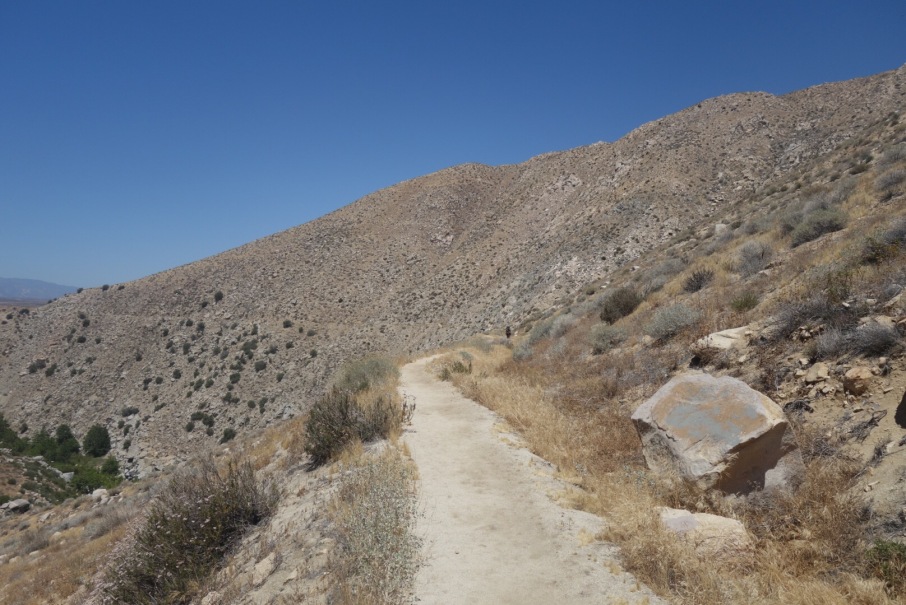 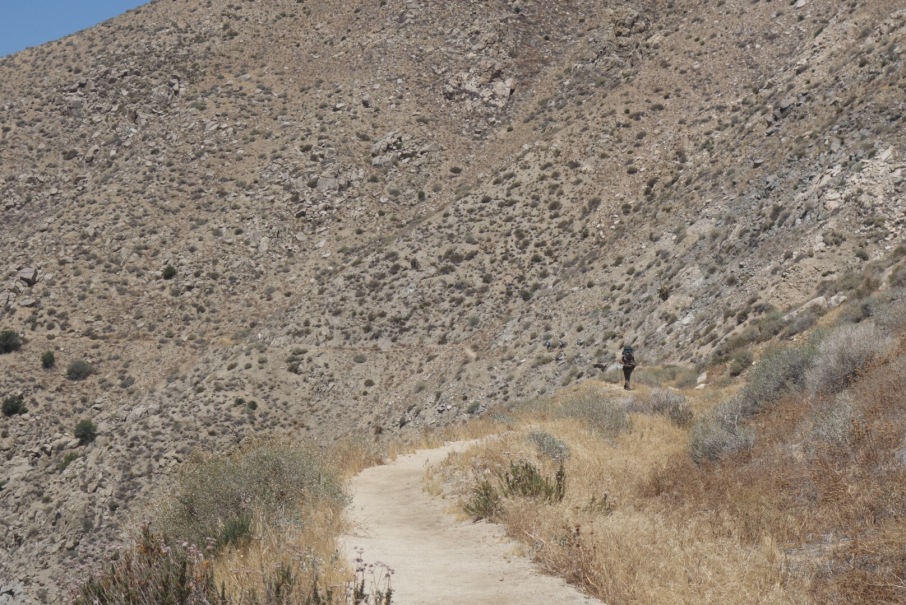 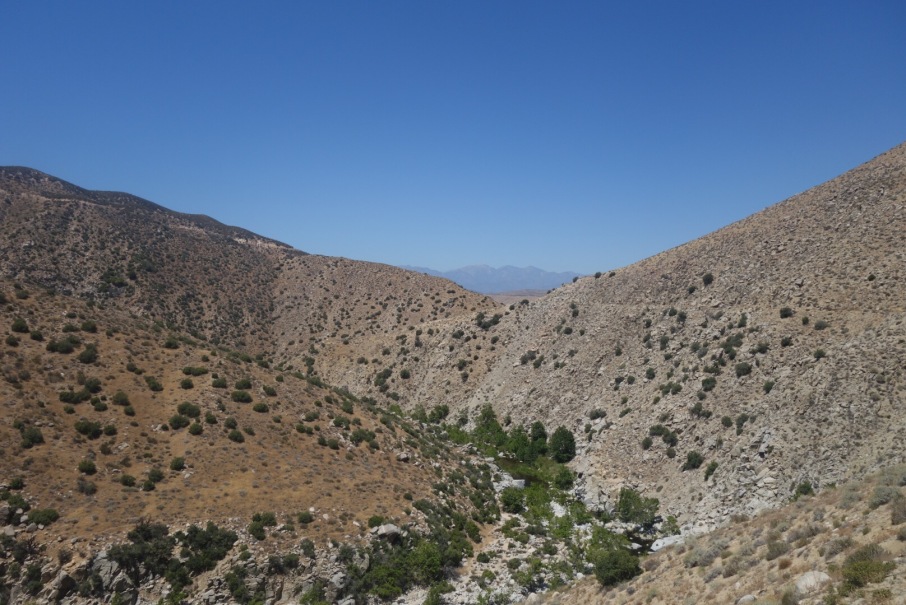 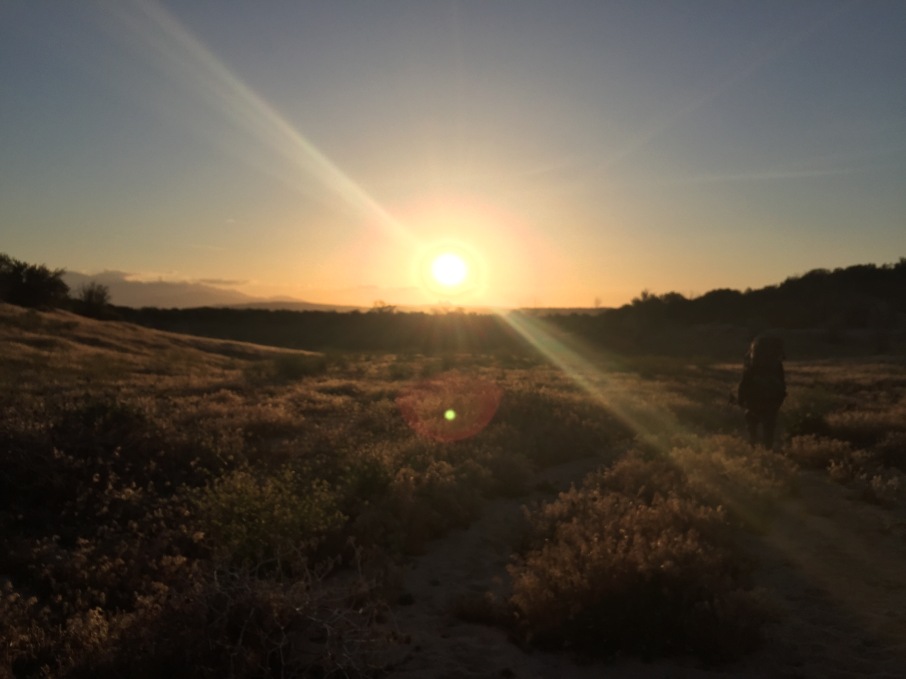