Started my day by doing laundry with a slight Jimmy Bean hangover. Went from the gazebo over to Lipstick and the first thing she asked was what are we going to do about this desert. To be honest I had been worrying about it aswell. A friend of ours just got airlifted out and looking online it showed that there was a heatwave from now until at least wednesday with the temperature peaking to 110 degrees on saturday. It was the absolute worst time to start hiking through the desert. We would let it go for now but decide on it later that day. Daniel would be hiking out to Hiker Heaven but he was going to wait until 4 PM to let the heat subside a little. It was a zero for me and Lipstick so the three of us went out into town for lunch at a Mexican place. Since all the Mexicans had left us at least we could honour them by eating their delicious food. It took a while to find a ride because the road was deserted but eventually a car drove back after passing us and offered a ride. I went for a burrito which proved to be difficult to finish but delicious nonetheless. Daniel decided that honouring our mexicans could not go without a tequila. I let him buy me one and we toasted in their memory. During our lunch me and Lipstick agreed to get off the trail for a week and wait for the temperature to cool off. She fixed us a ride in the morning from the KOA to the trainstation. We would take a train to Palmdale and rent a car down there so we could explore California in the meantime. She’s a native so she would be the perfect tourguide. We got back to the KOA and Daniel started getting ready. I couldn’t stand the sight of his 60 pound pack anymore and demanded a shake down. Batman took over and we couldn’t believe what we found in there. A broken pump filter, a broken smart phone, a broken mini sawyer, a huge first aid kit, the biggest tube of toothpaste I’d ever seen, 3 sleeping pants layers. It just kept pouring out. The first aid kit got cut in half and was put into zip lock’s. Me and Lipstick took the pump filter and smartphone and promised to send it to his home. I couldn’t make him get rid of the toothpaste and he would only agree to throw away one pair of pants. Batman helped him rearrange his stuff so his backpack wasn’t that high up. When we were done, we said our goodbyes and hoped we’d meet up with him again. His backpack did look less heavy when he was walking away but I still wouldn’t want to be the one carrying it. A girl from Thailand, who’s thru hiking as well, showed up and looked just as miserable as we did the day before. Lipstick babied her ofcourse, making her a hot meal and tried to convince her to kick up her feet and stay the night. She wouldn’t budge. She wanted to be at Hiker Heaven by tomorrow and left a couple of hours later to get some more miles in. We spent the rest of the afternoon laying around not doing much. Someone offered us two beers if I could open up the rest of their six pack. They were surprised by the fact that a lighter could do the trick. Definetely not smokers. In the evening we joined Batman, Hadley and Cheryl. Cheryl finally found a trailname she liked: Moonshine. Awesome trailname I must say. And Hadley got his aswell. Spinach. It has to do with a certain substance turning him into Popeye on the trail. I got to bed early, still beaten down by the day before. I was looking forward to tomorrow. Lipstick had gotten me all excited for our week off. She mentioned hiking in Sequioa and parts of Yosemite we don’t get to see on the trail. This is going to turn into an awesome vacation. 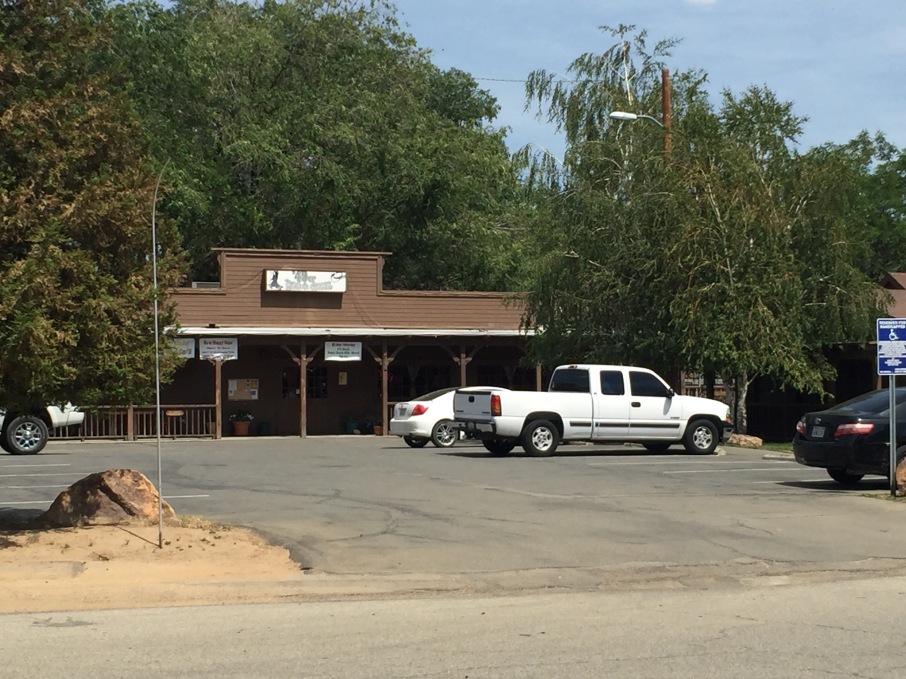